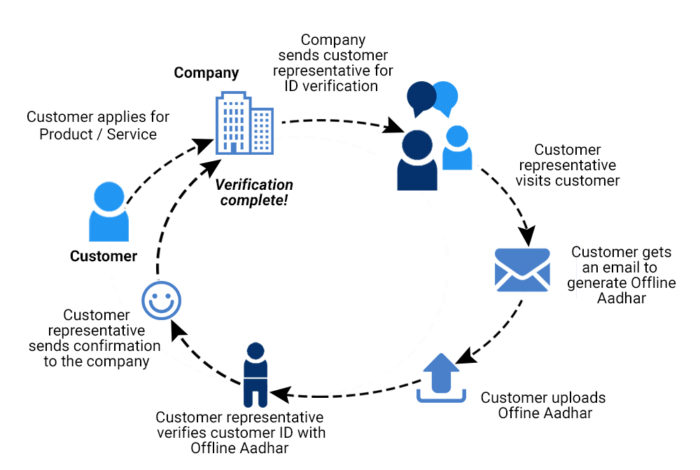 After the recent judgment by the Supreme Court on the role of Aadhaar for verification, the Unique Identification Authority of India (UIDAI) has come up with a new offline identity verification method – ‘Aadhaar Paperless Local e-KYC’. Under the method, there is no need for a person to share his biometrics or the Aadhaar number. […] 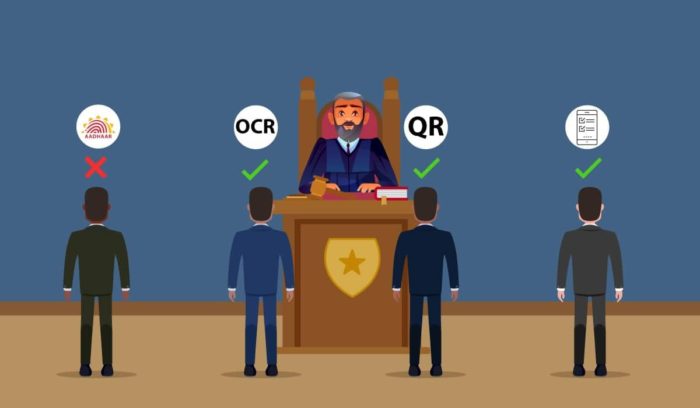 The Supreme Court’s order on September 26 that barred private companies from using Aadhaar-based electronic know-your-customer (e-KYC) is finally taking its toll on the telcos. The Department of Telecommunications (DoT) on Friday, October 26 has also decided to restrict the use of a customer’s Aadhaar data for verification purposes in order to comply with the […] Your Aadhaar Card will no longer be valid for eKYC processes per the latest ruling by the Supreme Court. As a consequence of the verdict, private organizations like telcos and banks are forced to propose a new e-KYC process. To provide a solution for this, FeetPort has come up with an alternative that will ease […] 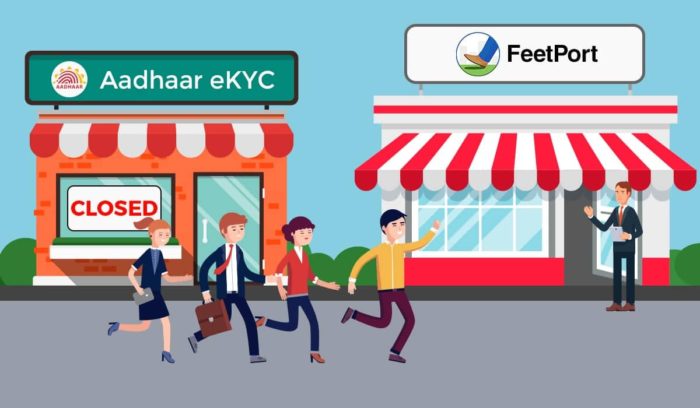 In a major development, the Supreme Court gave its verdict against the use of Aadhaar card for authentication purposes. As a result of the verdict, private organizations like telecom operators and banks cannot use Aadhaar for instantaneous eKYC. Unique Identification Authority of India (UIDAI) has asked the companies to come forward with a plan for stopping […]

Get Started
Talk to us

Proudly Made In India